I have written before about writers hitting the booze, and came across this famous Oakland bar where Jack London (London is seen in the above picture studying or writing there as a young man - I guess they didn’t card young men then to see if underage), Ambrose Gwinnett Bierce, and Robert Louis Stevenson had a few brewskies at one time or another. I gave up what Poe once called “the Instrumentality of Foul Intemperance.”  But people that give it up do it for themselves only and are not in the Temperance League with Carrie Nation, so to speak.  They wish everyone else a merry time.

”Opened in 1883 by Johnny Heinold as J.M. Heinold’s Saloon, this Historic Landmark looked much then as she does today. She was built right here in 1880 from the timbers of an old whaling ship over the water in a dock area that even then was at the foot of Webster Street. For nearly three years, the building was used as a bunk house by the men working the nearby oyster beds. Then in 1883, Johnny’s $100 purchase, with the aid of a ship’s carpenter, was transformed into a saloon.  It is for good reason that this is known as Jack London’s Rendezvous.”

”As a schoolboy, Jack London (1876-1916) studied at these same tables we still use today. Later, he would return to his favorite table and write notes for The Sea Wolf and Call of the Wild. At age 17, he confided to John Heinold his ambition to go to the University of California and become a writer. Johnny lent London the money for tuition and, although he never got beyond his first year, it was while studying at this saloon and listening to the stories of shipmates and stevedores that he developed his thirst for adventure.”

”The theme of men bravely facing danger appears throughout the best of his works. Indeed Johnny Heinold and The First and Last Chance Saloon are referenced seventeen times in London’s novel John Barleycorn. Heinold’s saloon was where he met Alexander McLean, known for such cruelty at sea that his boat was nicknamed The Hell Ship. At the time of its writing, McLean became a model for London’s Wolf Larsen in The Sea Wolf.”

”Jack London is not the only spirit that kept company in these walls. Robert Louis Stevenson spent time here while waiting for his ship to be outfitted for his final cruise to Samoa. Other notables to sit at this bar include Joaquin Miller, Robert Service, Charles E. Markham, Earle Gardner, Erskine Caldwell, Ambrose Bierce, and Rex Beach.”

There is a musical venue bar in uptown New Orleans called The Maple Leaf which often has poetry slams.  There was a dipsomaniac poet that basically resided there, homeless actually, named Everette Maddox (1945-1989).  At the end he pined for a woman from Alabama and sought her out but to no avail.  The last part of his life he wandered the streets and sometimes slept in the back of a parked dump truck.  He ended up dying, perhaps of consumption due to alcohol.

King of the Bohemian movement poet George Sterling (1869-1926), longtime friend of Jack London and Lovecraft buddy Clark Ashton Smith and who was mentored by a much older Ambrose Bierce, carried a cyanide capsule with him wherever he went.  He often frequented the Bohemian Club, a famous bar in San Francisco.  Whenever people asked about it, he said, speaking of the hereafter: ”A prison becomes a home, if you have the key.”  He took the cyanide pill one day in November of 1926 at the Bohemian Club and died.

Here is the long version of why Jack London quit college and started on his long career, starting with his birth:
”London’s mother, Flora Wellman, a music teacher and spiritualist who claimed to channel the spirit of a Native American chief, became pregnant, presumably from her union with William Chaney, an astrologer she lived with in San Francisco. According to Flora Wellman’s account as recorded in the San Francisco Chronicle of June 4, 1875, Chaney demanded that she have an abortion, and when she refused, he disclaimed responsibility for the child. In desperation, she shot herself. She was not seriously wounded, but she was temporarily deranged.

”In 1897, when he was 21 and a student at the University of California, Berkeley, Jack London searched for and read the newspaper accounts of his mother’s suicide attempt and the name of his biological father. He wrote to William Chaney, then living in Chicago. Chaney responded bizarrely, considering the nature of the exchange, that he could not be Jack’s father because he was impotent; he casually asserted that Jack’s mother had relations with other men and averred that she had slandered him when she said he insisted on an abortion. In fact, he concluded, he was more to be pitied than Jack. London was devastated. In the months following his discovery of his father who disavowed him and what Chaney did to London’s mother, he quit school at Berkeley and went to the Klondike.”

In the near future please be on the lookout for my 12th novel, CREATURE FEATURE, cowritten with David Mathew:

A journalist and his son travel to the midwest and the small town of Templeton to start a new life.  The television station that hires him as a news writer also hires him to be the kooky midnight horror movie emcee.  As they adjust to their new home they realize that the citizens of this town are basically neurotic if not downright crazy, and the schools there have the highest suicide rate in the country.  There is a sinister rich old family, the Hawkins, who basically own and run the town.  Jim is beginning to think they could be a supernatural force behind the crazed fear.
2.99, kindle. 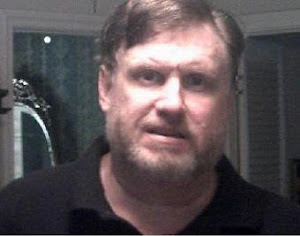